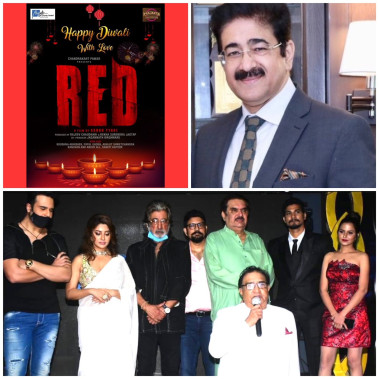 Noida: “I on behalf of ICMEI- International Chamber of Media And Entertainment Industry take this opportunity to extend my heartiest congratulations to Ashok Tyagi and his complete team of feature film RED on its launching on pre Deepawali Day. I am sure the film which is the first formal Mahurat  after lockdown will bring some wonderful colours to the industry,” said Sandeep Marwah President of Marwah Studios and ICMEI while talking to the press.

RED is a very sensational and emotional thriller which will enthral the multiplex audience in the first quarter of 2021. The film with music by HRIJU ROY, thrills by PAPPU VERMA and cinematography by AKRAM KHAN is scheduled for shooting from 27th November 2020 onwards.