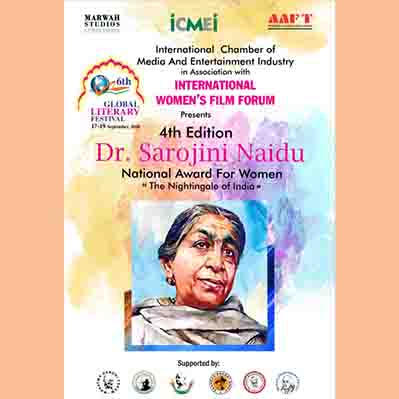 New Delhi: The 4th edition of most prestigious National award after the name of great freedom fighter, national leader and poetess Dr. Sarojini Naidu for the Working women has been announced by Asian Academy of Arts, a three decades old organization, under the leadership of world-renowned art promoter Dr. Sandeep Marwah.

The awards were instituted way back in 2016 to appreciate and promote all those women who have done commendable work in their respective fields and emerged as leaders in society. It is also meant for those women who all are sincerely involved in bringing change to the society and running social organizations.

All deserving women are required to submit their profiles to the jury by email info@aaft.com by 10th of September for final announcement. The decision of the jury will be final. Awards will be handed over personally after the event.