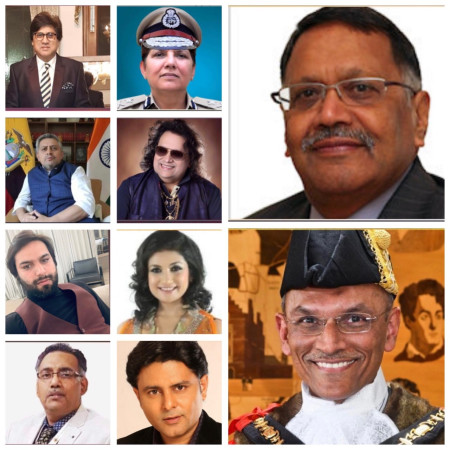 London: A well-known media entertainment and event management company of London, UK announced Success Stories Awards on the global friendship day in association with ICMEI (International Chamber of Media & Entertainment Industry), Morya Entertainment and Lion Club to honor some of the prominent international personalities for their contribution to their respective fields.

The founder of Trident Communications Shiv Kakran believes in the saying that success is not about what you accomplish in your life its about what you inspire others to do.

“It is very important to recognize all those who have contributed a lot to the society to create awareness about their efforts and to induce many more people to come forward and be a achiever,” said Dr. Sandeep Marwah President Marwah Studios.

Trident Communications planned these awards on the web and invited many celebrities along with awardees from different parts of the world. The ceremony started with honoring Dr. Sandeep Marwah as the Global Cultural Minister, renowned International Musician & The Disco King Bappi Lahri awarded as Life Time Achievement Award.

“This special award not only confirms your high level of success but also serves as a lasting tribute to the limitless efforts, dedication, perseverance, and all the great accomplishments,” a citation read by Naveen Director of Trident Communications. Team Trident looks forward to holding a live ceremony of these awards in Mumbai soon.