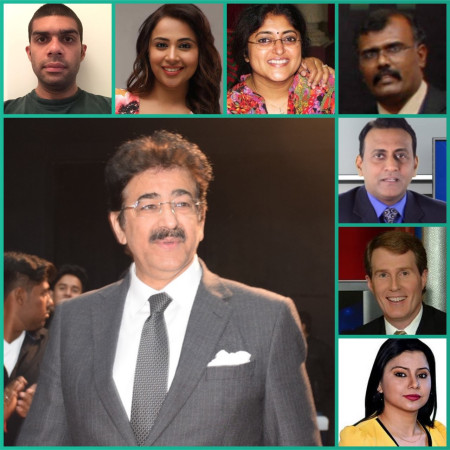 New Delhi: “Media is a parallel line to every public event. To create the awareness about the show, to attract people to the grounds, to highlight the achievements of the players, to popularize the game among masses you need to take the help of media. ‘Jo Dikhta Hai Who Bikta Hai’ said Dr. Sandeep Marwah President of Marwah Studios and advisor to IBPA- Integrated Basket ball Players Association in a webinar organized to discuss Media’s Role in Promoting Basketball in India.

Paul Crane from USA who has spent 38 years as a sportscaster and sports reporter spoke about his interaction with basketball and media. Engineer turned Sports caster Ridhima Pathak spoke about her interaction with NBA. Neeti Rawat sports presenter and first NBA Hindi commentator and now an entrepreneur suggested wonderful ideas.

The program was dedicated to former Basketball Player late Radhey Shyam. where Ajmer Singh Chopra an Arjun Awardee and Olympian was the special guest on the show.