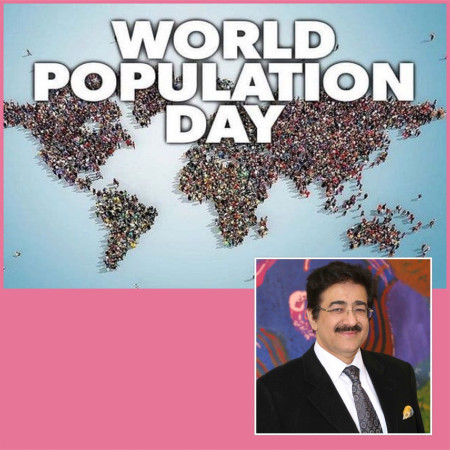 “ This massive growth has been driven largely by increasing numbers of people surviving to reproductive age, and has been accompanied by major changes in fertility rates, increasing urbanization and accelerating migration. These trends will affect the future of human race,” said Sandeep Marwah President of World Peace Development And Research Foundation while talking to the large audience at a webinar conducted to observe World Population Day.

In addition, the world is seeing high levels of urbanization  and accelerating migration. 2007 was the first year in which more people lived in urban areas than in rural areas , and by 2050 about 66 per cent of the world population will be living in cities.

These megatrends have far-reaching implications. They affect economic development, employment, income distribution, poverty and social protections. They also affect efforts to ensure universal access to health care, education, housing, sanitation, water, food and energy. To more sustainably address the needs of individuals, policymakers must understand how many people are living on the planet, where they are, how old they are, and how many people will come after them