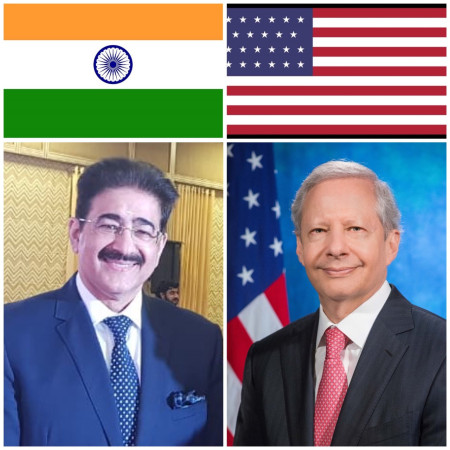 New Delhi: “I on behalf of complete media and entertainment industry of India extend my heartiest congratulations to the Ambassador of USA to India and the people of USA on the National Day of USA. I wish India and USA a very strong bond and a marvelous friendship for ever,” said Dr. Sandeep Marwah President International Chamber of Media And Entertainment Industry on 4th July in a meeting of Indo American Film And Cultural Forum at ICMEI Webinar.

“We have super relations with America. The two countries have the biggest industries of entertainment and they are entertaining not only their own countries but the whole of World,” added Dr. Marwah.

Dr. Marwah has established strong interactions with University of Southern California and many other institutions when it comes to education. He had been also a case study with University of California Los Angles. Earlier, H.E. Kenneth I Juster Ambassador of United States of America to India had appreciated the efforts of Dr. Marwah.