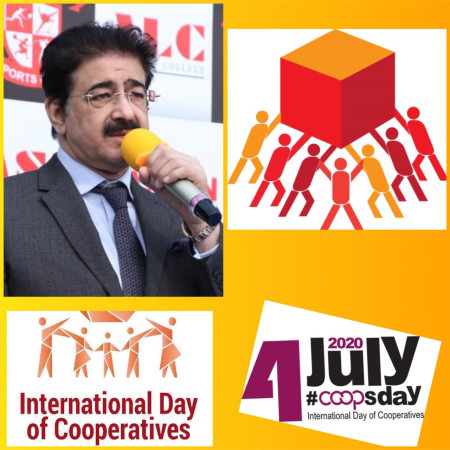 New Delhi: NFTC- National Federation of Tourism And Transport Cooperatives of India Limited in association with AAFT and ICMEI observed International Day of Cooperatives at Webinar organized by Marwah Studios, which falls on 4th July.

“Co-operatives have been acknowledged as associations and enterprises through which citizens can effectively improve their lives while contributing to the economic, social, cultural and political advancement of their community and nation. The co-operative movement has been also recognized as a distinct and major stakeholder in both national and international affairs,” informed Dr. Sandeep Marwah Managing Director of NFTC and Patron to IFUNA- Indian Federation of United Nations Associations.

Cooperatives for Climate Action were chosen as this year’s theme to address this, and to support Sustainable Development Goal on Climate Action. Climate change severely impacts people’s livelihoods around the world, especially the most disadvantaged groups such as small-scale farmers, women, youth, indigenous peoples and ethnic minorities, who have to cope with extreme natural disasters and degradation of natural resources. This year the focus is on the contribution of cooperatives to combating climate change.

“The COVID-19 pandemic and climate emergency have both revealed the fragility of our societies and our planet. These dual crises are disproportionately affecting the world’s most vulnerable countries and people, and deepening many social and economic rifts. They also make clear the need to strengthen global cooperation and solidarity,” said UN Secretary-General António Guterres.