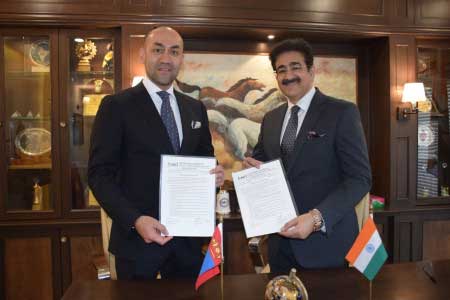 In continuation to these meeting a MOU was also signed between India and Mongolia in relation of promotion of Films, Television Media, Art and Culture.

“We have done it, We will bring two countries close to each other through promotion of art and culture, films are going to be part of it,” said Orgil Makhaan.

“We have already announced scholarship for the student from Mongolia to learn cinema in India. A festival of films from Mongolia has already been announced. A 10 point program has been handed over to the government,” said Dr. Sandeep Marwah.