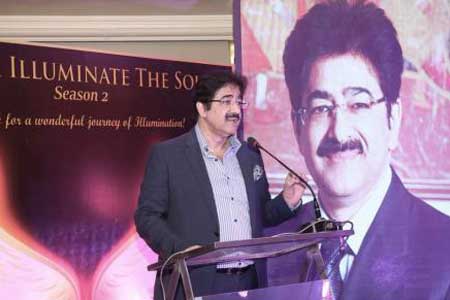 New Delhi: Man is part of God’s creation. Almighty has bestowed upon human beings all those powers the ones he possesses himself be it a power to generate, operate or destroy. A real human being is one who uses his energy for betterment of the people, community, society, country and the World,” said Sandeep Marwah President of World Peace Development And Research Foundation at a spiritual program at Hotel Claridges.

Sandeep Marwah was the Chief Guest at an event   -Illuminating Souls by a social group Magika at New Delhi under the supervision of Raizy Bedi. Gurus and spiritual leaders of different kinds attended the event.