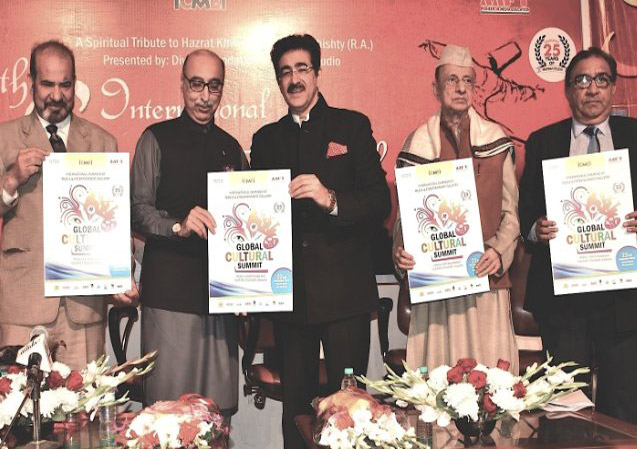 More than twenty countries participated in the meet. The event had segments on media, entertainment, culture, fashion and tourism. The speakers and delegates from all over India and abroad participated with great enthusiasm.

” We all eat, wear, enjoy and think alike. It is easy to bring people close to each other culturally than politically”, said H.E. Abdul Basit High Commissioner of Pakistan while releasing the poster of Global Cultural Summit on the occasion of International Sufi Festival organized as a curtain raiser for the summit.

“These kind of summits and cultural events are the best way to begin for better and cordial relations between different countries” added Dr. Bhisham Narayan Singh former Governor of Tamil Nadu. “Sandeep Marwah President of Marwah Studio has been nominated as the Global Cultural Minister and his responsibilities are now much bigger” said Ashok Tyagi Secretary General of ICMEI.